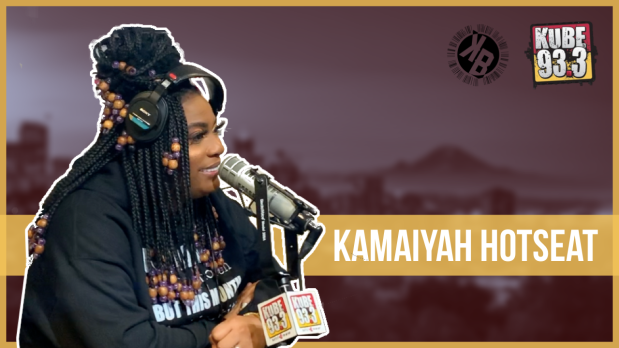 Earlier this week I had the opportunity to kick it with the Queen of the West Coast, Bay Area’s finest Entertainer, Song Writer and Recorder Kamaiyah! Fresh off of a deal with Interscope Records, Kamayiah hit the Seattle Slap Summit to showcase her new album ‘She Got It,’ under Empire Records. After listening to the project and catching some vibes, Kamaiyah stopped by the KUBE 93.3 Studios to discuss the new project! Of course, I broke the ice with the ‘hot seat’ and followed with some questions that led to conversations about growing up from East Coast to West Coast, the foster care system, a few collaborations on the album, how to handle “f*ck boys,” and creating generational wealth! ‘Got It Made,’ which is currently buzzing with the lead  singles “Still I Am” and “Set It Up” featuring Trina, is due fore release Friday, February 21st! Until then, catch these vibes below and get ready for the new wave! It’s about to be crazy!

Kamaiyah – “Still Got It”

Kamaiyah – “Set It Up” featuring Trina

Kamaiyah Sits In The Hot Seat, Talks ‘Got It Made,’ F*ck Boys + Generational Wealth