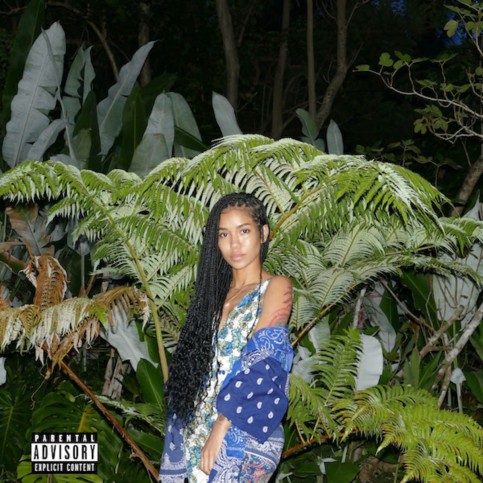 Over the weekend Jhene Aiko turned some head with the follow-up single to the emotional freestlyle “Triggered” with a new feel titled “None of Your Concern”. The track appropriately picks up where the last left with Jhene moving on from a lover, in this case ex-boyfriend and rapper Big Sean, while dealing with the emotions that “moving on” comes with. “I’ve been contemplatin’, meditatin’ / Should’ve waited, should’ve never dated,” she sings. “You seem irritated, baby, why you never say it? / Isn’t this worth saving,” she continues. Just when you though the song concludes, Big Sean makes an appearance responding to the R&B singers’ woes. “You know I had these issues when you met me / Results of those past damages that I haven’t dealt with / And I only want the best for you, movin’ forward but you backtracking with niggas that ain’t shit for you don’t belong around your aura,” he responds. I love the duality heard and felt through this track! A video assisting the track finds Jhene and Sean contemplating each other’s love while separately enjoying two isolated and beautiful scenes.

“None of Your Concern” comes with its share of controversy. Firstly, Jhene turned some heads with a verse thought to be for Big Sean’s ex-lover Ariana Grande. “Of course, you on the scene with little miss thing, and trust me she really don’t want beef,” Jhene sings. Ariana Grande and Big Sean were seen hanging out shortly after Jhene removed her tattoo of Sean and The Twenty88 duo announced their break up.  Earlier this year I speculated if Ariana Grande’s racy  single “Breakup With Your Girlfriend” was about actually about the duo and at this point that thoughts hard to avoid. Secondly, the collaboration sparks some backlash among fans that wish the duo would actually move on. However, I believe the collaboration is the perfect representation of the status of these lovers’ relationship – it’s complicated. Just days after the tracks release comes reports that the two are indeed back together! Maybe these two will work through their differences throughout Jhene’s anticipated album Chilombo or maybe we’ll finally get that Twenty88 follow-up album! Either way, I think Jhene Aiko makes amazing music that not only reflects her life with all it’s vulnerabilities but everyone else’s! Chilombo is expected for release before the years over! Until then, check out Jhene Aiko and Big Sean in “None of Your Concern” below!

Jhene Aiko & Big Sean – “None Of Your Concern”