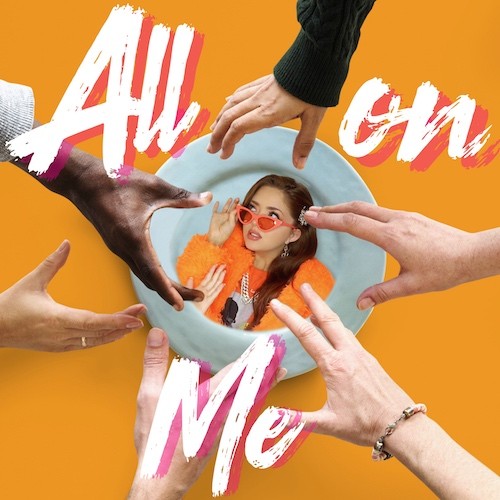 Shortly after releasing her debut album DIY, Olivia King keeps momentum going with a follow-up single titled “All On Me”. The single, released October 25th, finds the Rhode Island pop/soul singer dripping in confidence as she reminds those who weren’t with her “shooting in the gym,” that it’s too late to grab a piece of that pie now that she’s “popping”. “Back then they didn’t want me / Now I’m popping and they all on me, all on me,” she croons over a self-worked production. “When I start to write a song, or produce a track I always start by studying “hits.” Probably the biggest hit of this past Summer was Lizzo’s anthem Truth Hurts. I studied everything about that record from the instruments used in the beat to the way she mixed the song and delivered those empowering, sassy lyrics. I figure, there’s got to be a science to a bonafied “hit song” so I always try to break it down and analyze why some songs are so successful. Is it the beat? Is it the lyrics? Is it the way the song is delivered,” she explained in a statement along with the the singles release. The self-driven artists’ do-it-yourself debut project has driven almost over half a million streams since its release.
Olivia King Hones In On Experiences, Lessons and Accomplishments with Amazing Debut Album [Review]
“This is exactly what I did with All on Me. I wanted it to be the next Truth Hurts so I gave it a very similar vibe and got inspired by powerful quotes on Pinterest. I took the beat I had made to my writer friend’s house and he started jokingly singing lyrics from the old Mike Jones song ‘Back then didn’t want me, now I’m hot they all on me’. We laughed about it for a minute and then I was like wait…I love that. What if we tweak the hook a bit and give that old song a female spin and voila…you have my latest single All on Me,” she continued. I’m really enjoying Olivia’s development as an artists and with hits sounds this, Olivia King proves she’s a bonfide hit maker on the come up! Always looking forward to what’s next from this artist -especially when each release is the best release! A video assisting the single was released last week! Check out the video and be sure to follow this creative on Instagram @OliviaKingMusic. Check out “All On Me” and sound off in the comments below!