Nicki Minaj’s fourth studio album QUEEN has been one of 2018’s most anticipated albums. Following a sharp diss from Remy Ma, the massive success of Cardi B and a “flopped” trio of singles, Nicki’s public approval turned for the worst making QUEEN the rappers most important project to date. Adding to the anticipation, Minaj titled the album QUEEN amongst the emergence of a handful of dope female emcees thus reminding us that “all these bitches are [her] sons”. How does QUEEN really compare to her female comrades? Will Nicki’s relevance in hip-hop continue or is her 10-year reign coming to an end? Let’s take a look at how QUEEN compares to her female projects. 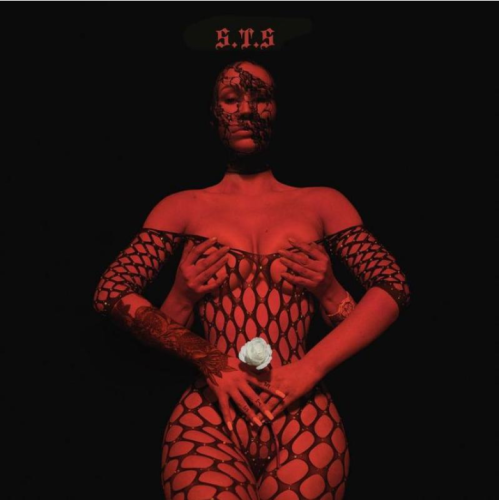 Before people hated Nicki Minaj, they hated Iggy Azalea. After massive success back in 2016, the Australian rapper met a halt in her career. After releasing a handful of flopped singles and personal issues, Iggy decided to scrap her sophomore follow-up Digital Distortion. However, I-G-G-Y wouldn’t go out without trying. Last month Iggy released a 6-track EP titled Surviving The Summer to literally, survive the summer. The EP opens up with “Survive The Summer” setting the pace of the project in all its purpose and sound, reminiscent of her earlier work. After whispering all over “Tokyo Snow Drip,” Iggy teams up with Tyga on the project’s lead single and strip club anthem “Kream”. After showing off on “Hey Iggy” and hitting the streets on “Kawasaki,” Iggy closes the project on a high note with “OMG” featuring Wiz Khalifa. Did Iggy Survive The Summer? The project which spawned a club banger marking Iggy’s return to the grimy strip club culture that garnered her popularity in 2009. I believe if Iggy Azalea embarks on this EP’s primary success, she may be able to release another project that competes with her debut The New Classic.

Saweetie made her debut this summer with her debut EP High Maintenance. The album opens up with a “fuck n-ggas, get money” fueled intro going into the head-bopping “B.A.N.”. After slowing it down on the two smooth tracks, “Agua” and “Good Good,” Saweetie takes us to the club with the “My Neck, My Back” sampled “ICY GRL” and title track “High Maintenance”. On the following tracks “23” and “Respect,” Saweetie flexes – showing off her skills and versatility. The project closes with “Too Many,” a reflection on past shortcomings as she achieved success. High Maintenance is a solid project that creates a space for this Bay Area rapper. Most recently, the ICY GRL teamed up with London on the Track, G-Eazy, and Rich The Kid on her follow-up single “Up Now”. The track has already gained momentum on the charts! Definitely looking forward to more from Saweetie!

Before we state the obvious, let’s take a trip to the “305” for the dynamic duo named City Girls. Widely known for their feature on Drake’s “In My Feelings,” the Miami based rap duo’s mixtape PERIOD received a wide range of success. The first time I experienced the City Girls, it was too ratchet to be honest. “What the hell is this?” I asked. However, after a few months, the Quality Control femcees’ impact on the culture was undeniable. PERIOD opens up with a hard-hitting, pace-setting track titled “Tighten Up”. After turning up on “I’ll Take Your Man,” and slowing it down on the explicit “Sweet Tooth,” the girls take us to the streets with “One Of Them Nights”. Keeping their cool over an Island-touched “Not Ya Main,” before doing what they do best on “Where The Bag At,” “Millionaire Dick,” and “Careless”. On their current single “Period (We Live)”, the girls flex for the 305 before hitting the streets on “Runnin,” “Rap Sh*t,” “Now Time,” and “How To Pimp a N*gga”. The girls deliver that 305 bump ‘n grind on “Movie,” and the culturally relevant “F*ck On U” before closing with “Clear The Air”. The City Girls mean a lot to hip-hop! PERIOD provides the ratchet, turn-up that we love and that grimy Miami sound that we missed. The girls, Yung Miami and JT, are hard-hitting, loud and extremely unapologetic, traits any woman (and man) can appreciate! Definitely looking forward to more from the City Girls! Until then, we’re screaming #FreeJT!

Favorite Tracks: “I’ll Take Yor Man,” “One Of Them Nights,” “Where The Bag At, “Careless”

2. Cardi B – Invasion Of Privacy
After meeting international success with “Bodak Yellow,” the Bronx rapper worked hard to quickly follow up with her debut album Invasion Of Privacy. The project opens up with the ambitious “Dreams and Nightmares” inspired “Get Up 10”. After setting the pace with Migos assisted “Drip” and making it nasty with “Bickenhead,” we revisit the record-breaking earworm “Bodak Yellow”. Cardi slows things down on the Lauryn Hill sampled “Be Careful” before counting her blessings on the “Best Life” featuring Chance The Rapper. After flexing her on “I Like It” featuring Bad Bunny & J Blavin and reminiscing her ex-lovers on “Ring” with Kehlani, Bardi takes it back to the club with three more bangers: “Money Bag,” “Bartier Cardi” featuring 21 Savage and “She Bad” featuring “YG”. Before showing out with SZA on “I Do,” we visit the theme of privacy on “Thru Your Phone” featuring some surprisingly haunting vocals from the rapper. Overall, Invasion Of Privacy solidifies Cardi’s arrival as a female force in hip-hop — the first in ten years. Developing her own pocket, Invasion Of Privacy is a well-developed project providing enough hits to fill a spot in the hip-hop history books. Cardi plays on her strengths while strategically using all of her features to bring the project to the next level. Although her skills aren’t the best, her development as an artist will determine her longevity in the game! For now, it’s Cardi’s world and we’re just living in it!

QUEEN opens up with the Nicki reflecting on her 10-year legacy on “Ganja Burns” setting the pace for the rest of the album. After collaborating with “husband” Eminem on “Majesty,” Nicki successfully redoes Biggies 1994 hit “Just Playing (Dreams)” with “Barbie Dreams”. After that, the Queen takes us to the club with two hard-hitting productions on “Rich Sex” featuring Lil Wayne and “Hard White”. Joining forces with Ariana Grande, Nicki serves a pop crossover with “Bed,” before recruiting The Weeknd for “I Thought I Knew You”. After serving up trust issues on the vulnerable “Run & Hide,” Onika taps in Swae Lee for “Chun Swae”. In my opinion, this is one of the albums biggest flaws. Collaborations like “Chun Swae,” “Majesty,” and “Thought I Knew You,” all sound like Nicki attempting to emulate the sound of her feature whereas the two should collaborate to make something new, especially on an album titled QUEEN. Fortunately, Nicki bounces back from the misleading “Chun Swae,” with lead-single “Chun-Li,”. After showing out on “LLC,” and going off on a Hot Boy reminiscent “Good Form,” Nicki does it for the ladies on “Nip Tuck,” and ” 2 Lit 2 Late Interlude”. Once again, Nicki provides a crossover hit with “Come See About Me,” before riding Futures wave on “Sir” featuring the rapper. The album closes with “Coco Chanel” featuring Foxy Brown and the “Inspirations Outro”.

Although the album does have a few highlights, it completely misses its mark leaving me questioning where Nicki Minaj stands amongst her female counterparts. Lyrically, Nicki flexes switching her flows and riding each beat while and providing her witty personality; one that she was once praised for. However, now her personality seems to be the epitome of her downfall; leaving a trail of drama in the promotion of her album. In addition to the miss use of features discussed earlier, Nicki definitely doesn’t raise the bar, push the culture or showcase much growth (from The Pinkprint) with this album. In my opinion, I think that Onika should sit back, ride out a few features and find her sound amongst the new generation and direction of rap. If you notice, all of the rappers discussed earlier are providing grimy club hits. I’m not saying she should dumb herself down to compete with what’s hot but she needs to redevelop her sound a bit. We undoubtedly know her legacy. However, she doesn’t want to ruin that with a few misses at the 10-year mark of her career. What do you think? Sound off in the comments below!