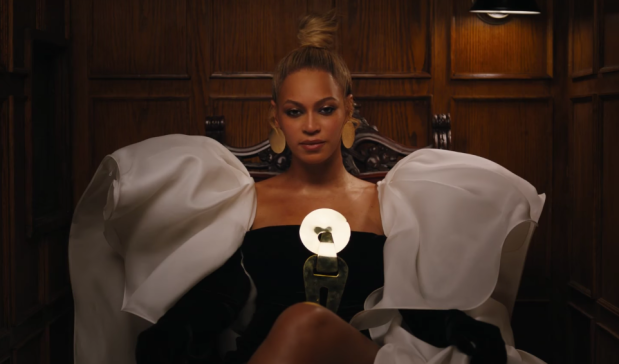 In case you missed it Jay Z released the video to 4:44 track “Family Feud”. The track, which features Beyonce, tackles the disconnection between the OGs and the new generation of hip-hop. “You’d rather be old rich me or new you? / And old niggas, y’all stop actin’ brand new / Like 2Pac ain’t have a nose ring too, huh/ Nobody wins when the family feuds,” he spits. On the track, he also references conflict within his family. “Yeah, I’ll f-ck up a good thing if you let me / Let me alone, Becky /A man that don’t take care his family can’t be rich / I’ll watch Godfather, I miss that whole sh-t,” he spits as Beyonce croons on the hook. In the video, which features The Carters along with a handful of actors and actresses, HOV tells the story of the impact his family has on Blue Ivy who becomes the President of the Unites States in 2048. The impactful video tackles issues relating to the family dynamic, gender roles and equality and the current debate of gun laws. While Jay Z’s 4:44 just came out last year, it’s rumored that HOV and Bey’s rumored collaboration album may see the light of day in 2018! As always, we’re looking forward to more from Jay Z and Beyonce. Until then check out Jay Z’s “Family Feud” below!