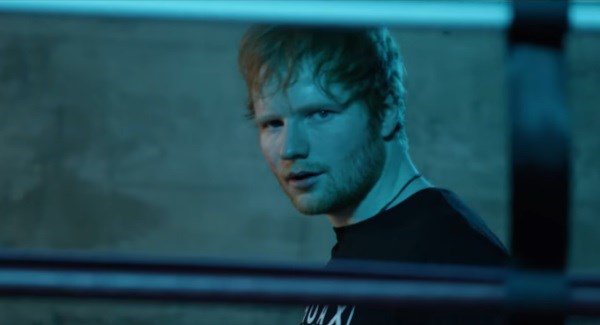 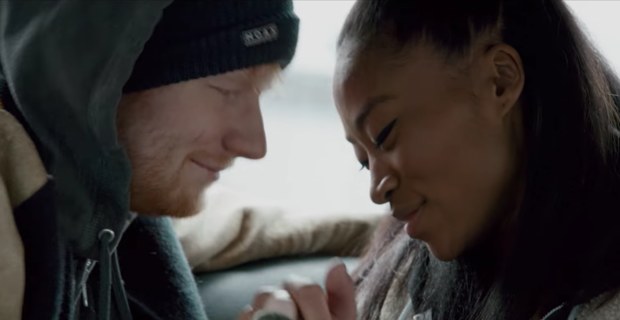 Ed Sheeran is off to a full comeback! The UK singer made history when his brand new singles “Shape Of You” and “Castle On The Hill” both debuted, respectfully, at #1 and #6 on the Billboard Hot 100. Earlier this week, Sheeran released the visuals to the smash hit “Shape Of You”. “Shape Of You” is an upbeat pop track following the most recent trend of dancehall/pop fusion finding Sheeran crooning over the shape of an admirer. “I’m in love with the shape of you / We push and pull like a magnet do / Although my heart is falling too / I’m in love with your body,” he croons over the contagious Steve Mac production.

ICYMI: Ed Sheeran’s “Shape Of You Was Originally For Rihanna

“And last night you were in my room / And now my bedsheets smell like you / Every day discovering something brand new / I’m in love with your body,” he continues. The track was intended for Rihanna but when Sheeran finished writing, he decided to keep it for his upcoming album. In the video, directed by Jason-Koenig, we find Sheeran playing a rugged boxer who falls for a female boxer. “Shape Of You” and my personal favorite “Castle On The Hill” set the pace of the forthcoming project ÷ (Divide). The anticipated album is due March 3rd! Check out Ed Sheeran in “Shape Of You” below!