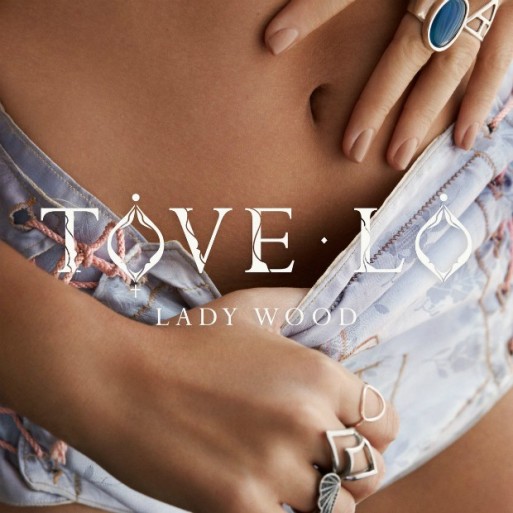 Last year Tove Lo met success with her debut album Queen Of The Clouds. The album which spawned the hit singles “Habits (Stay High)”, “Heroes”,  “Talking Body” and “Moments”, made the Swedish pop singer an international hit. Last month, Tove returned to the scene with her brand new project Lady Wood. In reference to the title,  she noted sexual empowerment explaining that “it’s kind of like saying a chick with balls, but since we don’t have balls, it’s lady wood”. Tove kicked off the project with the lead single “Cool Girl” and a promotional single titled “Influence” featuring Wiz Khalifa. While the two singles are somewhat buzz-worthy, does Tove Lo have enough “lady-wood” to get over the sophomore hump?

Tove Lo & Wiz Khalifa Are Under The “Influence”

Lady Wood consists of two chapters, “Fairy Dust” and “Fire Fade”, which collectively describe the “different kinds of rushes in life”. The first chapter of the project opens up with the “Fairy Dust Interlude” that smoothly leads into “Influence” featuring Wiz Khalifa.  On the title track, an upbeat and dreamy production, Tove finds herself chasing a man setting the pace of the album with a sexy and unapologetic feel. On the next track, “True Disaster”, the singer croons for loving even though it’s going to hurt her. After “Cool Girl”, Tove plugs in Joe Janiak to close the chapter with a chilling number titled “Vibes”. While the first half of the project represents the beginning of an experience or “high”, the second half represents the comedown. Opening up with the “Fire Fade Interlude”,Tove smoothly changes the pace of the second half with a dark and gloomy sound. On the next tracks, “Don’t Talk About It” and “Imaginary Friends”, the singer delivers smooth “Habits (Stay High)” reminiscent vibe while exploring a break-up. Tove’s unique voice and vocal range is most notable on an EDM production featuring heavy synths “Keep It Simple”. The album appropriately closes with “Flashes” and “WTF Love Is”, two tracks that find the singer facing emotions related to getting over a break-up.

Tove Lo successfully delivers a well-developed project that explores female empowerment and sexuality while delivering the smooth and edgy sound she’s known for with Lady Wood. While tracks like “Influence” featuring Wiz Khalifa and “Cool Girl” are buzz-worthy, the album did little-to-none to impact pop music in 2016. Between staying true to herself and delivering sleeper tracks and delivering well-developed and though out artistry I believe that Tove’s sophomore effort is just enough for the singer to get over the sophomore hump. However, I’m already looking forward to how she will follow-up! I would love to see Tove top the charts with something influential in the future!