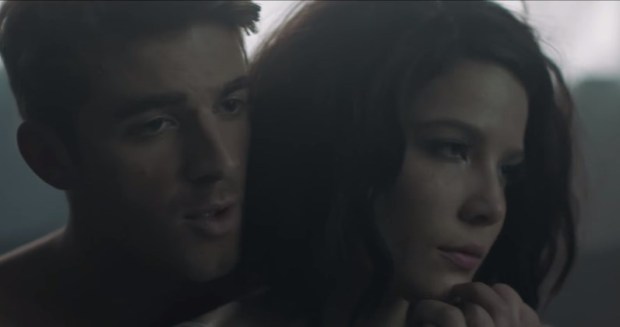 And they did it again!   Nowadays, “Closer” featuring Halsey sits atop the Billboard Hot 100 for another week making it the Chainsmokers second smash hit this year! “This song is dedicated to anyone that hooked up with their EX and right after remember all the reasons why they broke up,” the duo teased. “So baby pull me closer in the backseat of your Rover / That I know you can’t afford / Bite that tattoo on your shoulder,” Andrew Taggart, one half of the duo, sings. “I know it breaks your heart / Moved to the city in a broke down car / And four years, no call, Now I’m looking pretty in a hotel bar,” Halsey chants back on the chorus before the beat drops.  In the video, Chainsmokers’ and Halsey play a couple that can’t get away from each other. “Closer” along with “Don’t Let Me Down” are both cuts off of The Chainsmokers forthcoming project!