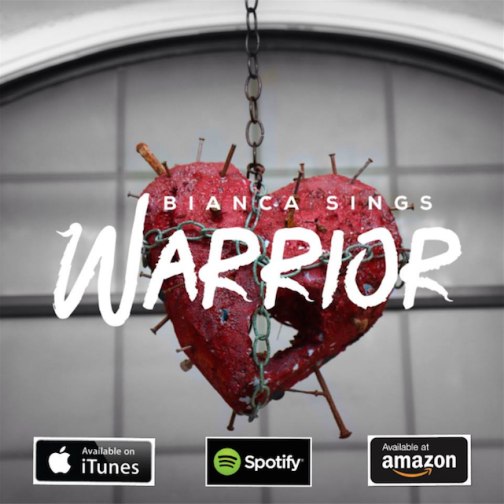 After performing “Warrior” on #BennettKnowsRadio back in 2014, Bianca Sperduti releases the track as her debut single. Bianca got the inspiration to write the track after she watched an episode of “20/20” where a high school cheerleader, Daisy Coleman, was sexually abused by a football player. “I had watched this show and this girl Daisy was going through a lot. Her dad had died before this incident and then 3-years later she’s at school, she’s 13 years old, and basically her older brother’s friend raped her at a party and literally left her out on the front lawn, in the snow to just die. So her mother found her and she’s alive but from then on she was bullied so bad that she kept attempting suicide. I just dropped, I felt for her! I wanted to write an anthem for her. I wanted to write a song dedicated to her saying ‘Hey, this is for you! keep going don’t stop!’ This is the song I wrote for her”, Bianca explains.

“Warrior” is a powerful track that finds the RI singer/song writer inspiring listeners to be strong when facing life’s obstacles. “I’m a warrior thats been worn and hurt / Taken for love and then  just threw in the dirt / Fighter, let the blood stain everywhere / Let them know I’m fighting fair,” she croons. “All of the proceeds go to Daisy Coleman, a survivor of sexual abuse, bullying and suicide. Let’s help her! She is helping so many victims around the country with her new documentary on Netflix, “Audrie and Daisy” and by traveling around the country and speaking out. Let’s join together and make a change,” she shared excitingly. Currently Bianca is working on a new project for future release! Until then listen to “Warrior” below!