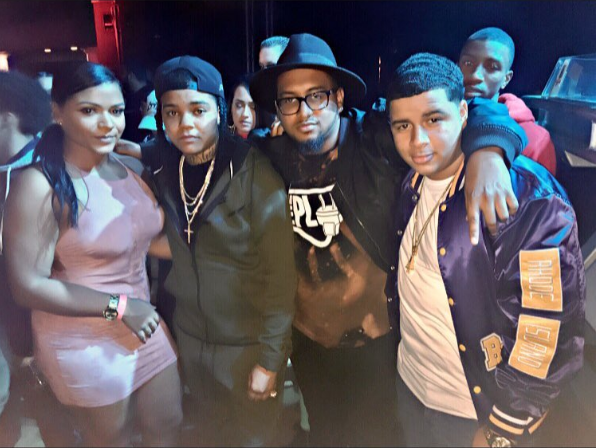 Rhode Island stand up! Last week Brooklyn femcee Young M.A. called in to the #ThePlugRadio to promote her show at Roxy Night Club in Providence, Rhode Island. During her interview, M.A. talked about the success of her latest single “OOOUUU”, touring, new music and more! “The last time I was in RI it was crazy. I didn’t even expect it to be that lit! It was the first time that I performed “OOOUUU” and everyone knows the words,” she explained upon the success of her break through single.”OOOUUU” has been unofficially remixed by various rappers, including Remy Ma, French Montana, ASAP Ferg, Jadakiss, Nicki Minaj, Meek Mill, Beanie Sigel, The Game and many more. “It’s dope that people are remixing it and people are still jumping on it,” she continued. M.A. also discussed her love for Henny, Cape Verdeans, making relatable content and her plan for the future. “[I’m hoping for] a project, not an album but a mixtape or an EP before the years over,” she explained. Looking forward to more work from both Young M.A. and #ThePlugRadio in the future! Check out #ThePlugRadio’s interview with Young M.A. below!