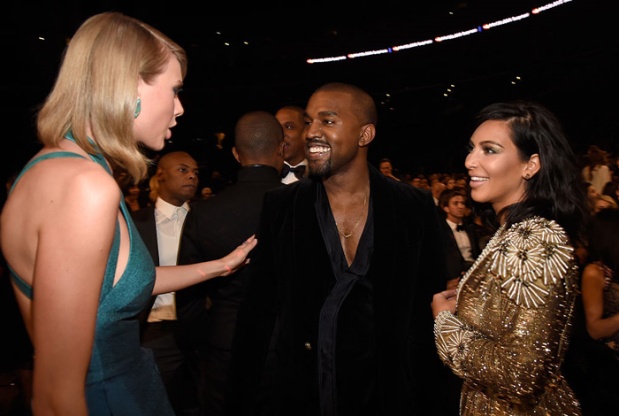 And the “Famous” saga continues! Over the weekend Kim Kardashian rekindled the flame when she posted a video of Taylor Swift approving the controversial Life Of Pablo single “Famous”. The track, which explores the rich and lavish lifestyle of the famous, already created a buzz upon it’s release for the controversial line, “For all my Southside n*ggas that know me best / I feel like me and Taylor [Swift] might still have sex / Why? I made that b*tch famous”.  Since then, Kanye West and Taylor Swift have been going back and forth on the climate of the line and if Taylor and he team indeed approved of the reference before it’s release.

Last night Mrs. West uploaded the series of clips to her Snapchat account on Sunday evening. In the video, Kanye can be heard reading portions of the lyrics to Swift. “[I don’t] want to do rap that makes people feel bad,” he continues. “Umm, yeah go with whatever line you think is better,” she says. “It’s obviously very tongue-in-cheek either way. And I really appreciate you telling me about it. That’s really nice,” she responds. “I would never expect you to like tell me about a line in one of your songs.” The “Bad Blood” singer responded to the video shortly after Kim posted it.

“That moment when Kanye West secretly records your phone call, then Kim posts it on the Internet,” Taylor captioned a lengthy message on Instagram. “Being falsely painted as a liar when I was never given the full story or played any part of the song is character assassination,” she writes. “I would very much like to be excluded from this narrative, one that I have never asked to be a part of, since 2009.” Between this and her feud against Calvin Harris for “This Is What You Came For”, T Swift is getting dragged! However, this all makes for good publicity for all parties! It’s interesting to see both Kanye and Taylor bouncing off of their controversial VMA moment seven years ago! What do you think? Check out the video and sound off in the comments below!

[UPDATE] This morning Kim Kardashian sparked one of this year’s biggest celebrity feuds when she outed Taylor Swift for denying her husband’s now infamous “Famous” lyric.  Since then, celebrities and twitter trolls alike have been weighing in on the juicy gossip. One celebrity speaking out on the feud is loyal “squad member” Selena Gomez. The “Hands To Myself” singer quickly jumped to Taylor’s defense on Twitter by questioning why people were turning the story into such a huge deal.

There are more important things to talk about… Why can't people use their voice for something that fucking matters?

Truth is last thing we need right now is hate, in any form

This industry is so disappointing yet the most influential smh

Although Selena has the most followers on Instagram, twitter still ate her alive. Some twitter users thought that the singer was also two-faced on twitter for not addressing real world situations, “Selena act like she actually uses her voice when all she do is whisper into a turned off microphone,” one tweeted. (Selena Gomez can whisper into my microphone whenever she wants.) LA Times journalists even went on to tweet, “I’m actually offended at that comment. Because you’ve been asked to speak out on important matters and your camp said “no thanks.” I like Selena Gomez! She’s super hot and event though she can’ sing, she’s a positive role model. However, you need to practice what you preach! 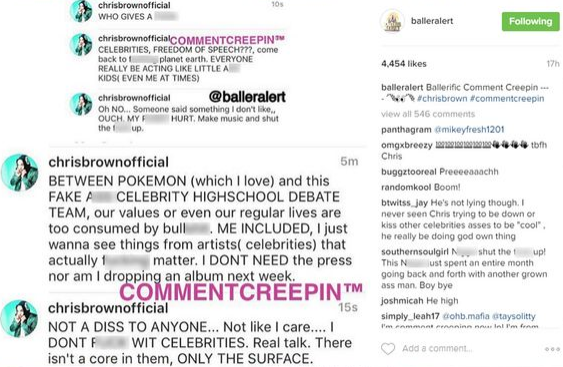 Normal people like you and me weren’t the only ones drinking the celebrity tea. Celebrities such as “squad member” Zendaya and power producer Pharrell Williams both like tweets dissing Taylor Swift. While Demi Lovato unfollow Selena Gomez, Katy Perry tweets, “Ha Ha,” before deleting it. Chloe Grace Mortez even tweeted something starting a feud with Kim’s older sister Khloe Kardashian. Chris Breezy even went on to blast all that were involved. So how is Taylor taking the whole thing? According to TMZ, Taylor Swift is currently taking legal action against Kanye West for illegally recording their phone conversation, and against Kim Kardashian for publicly releasing the audio. According to reports, the video was recorded in Los Angeles. In California, a party to a phone conversation cannot record it unless all parties agree. Taylor had no idea she was being recorded. Who’s side are you on? I’m sure we haven’t seen the end of this “beef” yet! Grab some popcorn because round 3 is right around the corner! Sound off in the comment box below!