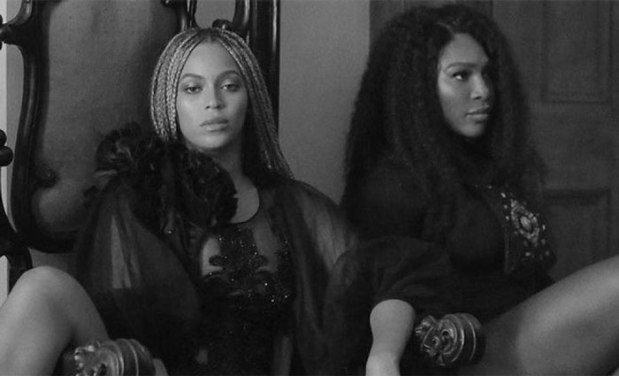 After breaking records with Lemonade, Beyoncé begins to unleash the full videos to each record off of the well received project. The first video … “Sorry”. Pulled from the 1-hour special that premiered on HBO back in April, “Sorry” finds Queen Bey in a school bus and in a mansion. Throughout the clip, she sits beside dancers and none other than Serena Williams, with her middle fingers up, saying one of the album’s most popular catchphrases: “Boy, bye.” “Now you want to say you’re sorry, now you want to call me crying /  Now you gotta see me wilding, now I’m the one that’s lying! And I don’t feel bad about it / It’s exactly what you get … stop interrupting my grinding,” she spits over the Wynter Gordon production.

“Sorry” has been explosive since it was released. The lead-single peaked at #11 on the Billboard HOT 100 while fueling numerous media headlines including the 1 million dollar question, ‘Who is Becky with the good hair”. While some fans speculate that “Becky” is fashion designer Rachel Royce and others think it was pop singer Rita Ora, Beyoncé and her beau enjoy the amazing weather of Hawaii. It’s also been reported that the power couple will follow the album with a highly anticipated joint record. Either way, we can’t get enough of Beyoncé’s lemonade and she has no problem serving it. Now, after being exclusive to the visual album, fans can finally view the “Sorry” video on YouTube. I’m looking forward to what’s next! Check out Beyoncé’s “Sorry” below!