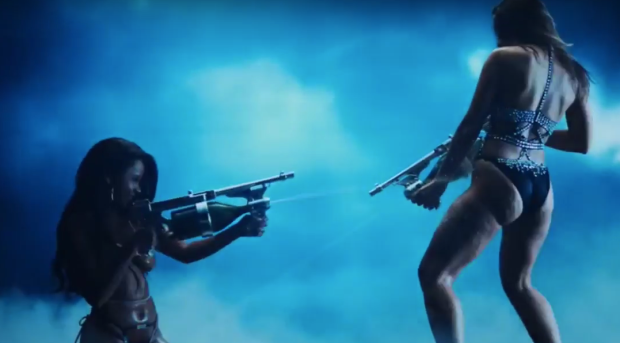 Today Future released the visuals to Purple Reign single “Wicked”. “Wicked” is an upbeat, Metro Boomin’ & South Side production that finds Hendrix exploring the “wicked” aspects of life. “It’s complimentary to the savages, you fuck around with me, it be a tragedy / I want green, green, green, no asparagus, I drink lean, lean, lean it ain’t embarrassing,” he spits over the power production. The video features mixing clips of people dancing, dogs growling, clouds swirling, women stripping, and Future rapping under different shades of blue. Earlier today, there were rumors that Future would be releasing a new project titled Wicked today. Although it’s not here, with three R&B albums in the books, there’s no telling what’s coming next! Check out Future in “Wicked” below!