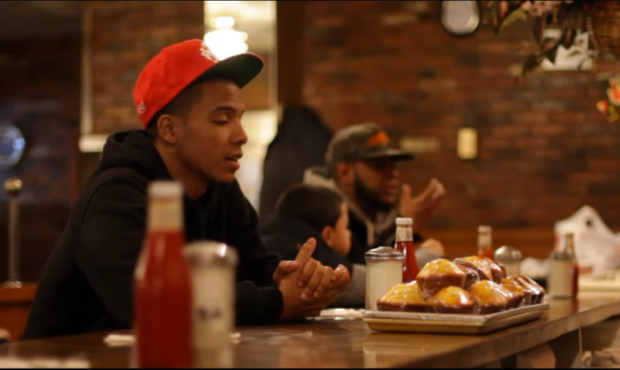 After making it pop with the visuals to his current banger “Pull Up”, Almty Ceez continues to ride the wave with visuals to another cut titled “Shine”. “Now you was trying to be a real n*gga/ I was just being real. So how you feel n*gga? Getting close to a mill / I was just trying to build n*gga,” he begins. In the video we find Ceez reflecting on his past while focusing on his aspirations for the future. “And them other n*ggas, man f*ck them other n*ggas/ Only fucking with the homies that was with us when didn’t have money for the bus or I didn’t have my rent / They told me not to change and it started making sense / And even though we still out in the rain, just know the sun always finds the king” he continues. “Shine” and “Pull Up” are both cuts off of one of the rapper’s forthcoming projects. You can catch Ceez performing alongside Jon Hope, Khary Durgans and many other artists at the $2 Flo this Thursday April 7th! Until then check out Almty Ceez in “Shine” below!

Almty Ceez Plays “Pull Up Or Pull Out” on #BennettKnowsRadio