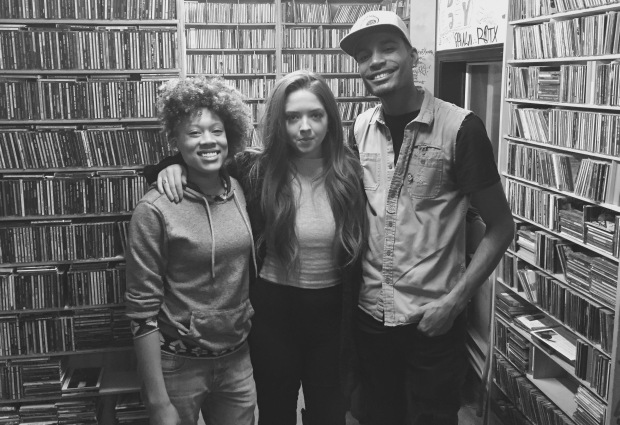 Last week Olivia King returned to #BennettKnowsRadio to talk about her new track “KING” featuring Maye Star a forthcoming demo and everything in between. Olivia King is a Rhode Island R&B singer that has been grinding towards a major label record deal for a while now. The hard working singer has put together mix tapes, music videos, covers and even a full-out tour and now she’s preparing an EP/demo for later this year.

Before she went into details on the demo, Olivia discussed working with her frequent collaborator (“Like We Were In Love”/”KING”). “He’s so creative. his juices get flowing and he’s out of control,” she explained. He makes me nervous because I wrote the demo [for KING] but it needed a cool factor. So I hit up Maye and said my friend Toye made this beat, it’s perfect, it’s hip-hop, it soulful. [After the creative process] it was dope,” she continued. The track, dedicated to her brother, is a walkout for her brother who plays baseball for Boston College. “He loved it,” she proclaimed.

Since the collaboration, Olivia has been putting out covers of popular tracks to increase her following. Some covers include Ariana Grande’s “Focus”, Calvin Harris’ “How Deep Is Your Love” and Fifth Harmony’s “I’m In love With A Monster”. While all the covers are well-executed and tasteful, the singer met controversy when she blended Rihanna’s “Work” and Beyonce’s “Formation”. “People were saying you’re white, you can’t be singing black people songs. If people really knew me, they’d know I’m so submerged in that culture and I love it! Ever since I was little, I don’t see color … I would never mock that,” she explained.

Moving forward and learning from all of her experiences, Olivia King is working with on a demo for later this year. “I haven’t been able to sleep because I’m so excited. I’m going a different route but I’m staying true to myself. the best way I could explain it is like pop-soul with swagger, dance music … it’s fun. I like it and I can’t wait to share it,” she explained. “I think I finally found my sound and who i want to be as an artist and that’s a big step,” she continued. Olivia King hopes that the demo hits airwaves this summer with her dreams of getting signed shortly after! As always, we’re looking forward to more from Olivia King! You can follow-up with her work here! Check out her #BennettKnowsRadio interview below!