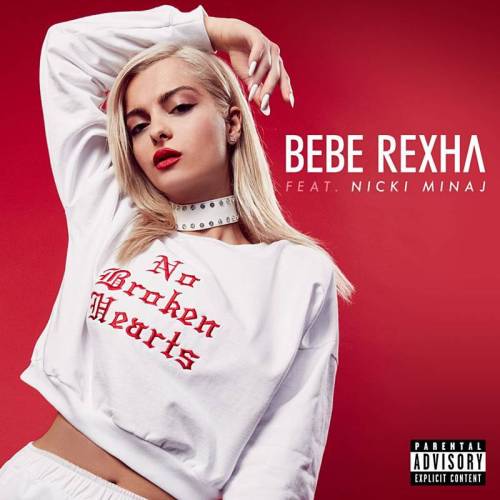 We’ve had our eyes (and ears) on bebe Rexha for a while! Back in 2014 the Albanian American singer penned Eminem and Rihanna’s #1 hit “Monster”. Since then, Bebe has appeared on track such as David Guetta’s “Hey Mama”, Nico & Vinz’ “That’s How You Know” and most recently G-Eazy’s “Me, Myself & I”. Long and behold, Bebe Rexha makes her major label debut with a new single titled “No Broken Hearts”. “No Broken Hearts” is an urban-pop track featuring a verse from Nicki Minaj. “No broken hearts in the club, no tears in the club cause we gonn’ get it poppin’ tonight,” Bebe croons. Anyone who has been following Bebe Rexha will greatly appreciate this banger. What do you think? Bebe Rexha’s debut is due later this year! Check out Bebe Rexha’s “No Broken Hearts” featuring Nicki Minaj below!