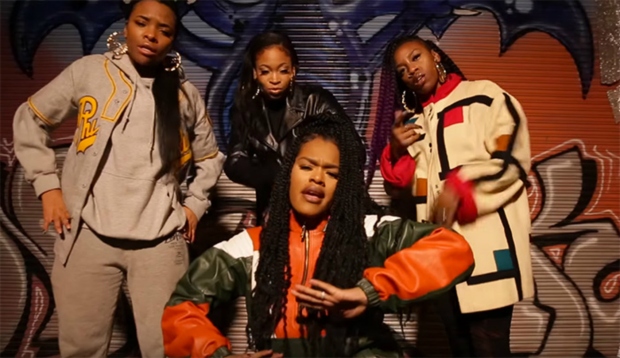 Yesterday Teyana Taylor returned to the scene with nostalgic visuals to “Undercover” off her latest project The Cassette Tape 1994. In the video, Teyana fins herself finds herself paying homage to her favorite era with inspiration from ’90s sitcoms, music videos, and fashion, with nods to Janet Jackson, vintage NBA gear, and Cross Colours galore. “I know that you belong to her, yet I’m still your lover / We both know this could never work, let’s stay undercover,” she croons over the Bel Biv DiVoe “Poison” sampled production. Currently the new mother is preparing a new project for release later this year! until then, take a blast into the past with Teyona Taylor’s “Undercover” below!