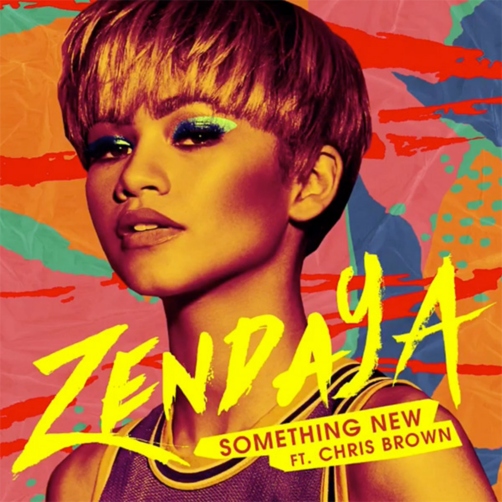 Today Zendaya made her return to music with “Something New”. The new single, featuring Chris Brown, features an upbeat production sampling TLC’s 90’s smash “Creep”. “I probably should wait, but I wanna let you go there / I wanna try something new, all night,” she coos, while Breezy borrows lyrics from the CrazySexyCool hit. Zendaya has been in the studio with big name producer Timbaland working on a new project to revamp her image. “I would say it’s the new wave of R&B,” she told MTV News. “It’s where I think it should be going, or it should be headed; it’s very old-school vibe, but it’s a new-age version.” I think Zendaya is a sensational girl but I’ve yet to get into her music! Maybe things will change! “Something New” is due for release this Friday! Check out  a snippet of Zendaya’s “Something New” featuring Chris Brown below!