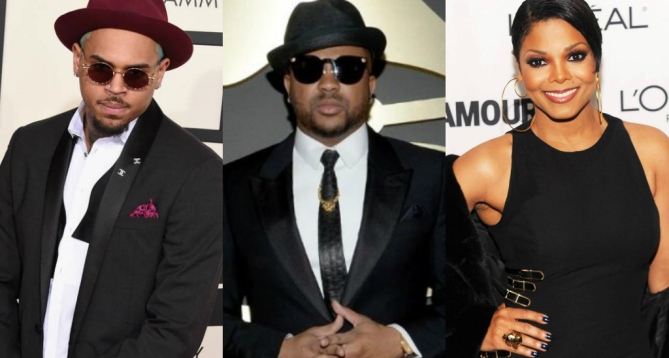 While Kanye West was busy serving-up some #YZYSZN, a few other artists were busy having the worst week ever! Chris Brown entered the new year on a terrible note with rumors swirling that he punched another woman in the face! Upon reading the news, I became disappointed in the singer but shortly after the accusations were cleared upon investigation. Phew! That was a close one Breezy! Another artist that faced horrible rumors this week was Janet Jackson. At the beginning of the week, Radar Online wrote an article claiming that the pop superstar had to postpone her ‘Unbreakable World Tour’ due to a growth that may be throat cancer. Janet quickly released a statement ending rumors, “Remember… believe it when you hear it from my lips. The rumors are untrue, I do not have cancer. I am recovering. Thanking for your prayers and love.” Amongst all the false rumors and acusations, one singer had the worst week ever! On Friday night, R&B singer/songwriter The Dream pulled a Beyonce debuting 10 new songs in a short art film but no one really cared because Kanye West was busy having the best week ever! It’s alright! Sometime Kanye gets the best of all of us! Check out The Dream’s “Genesis Trailer” below!