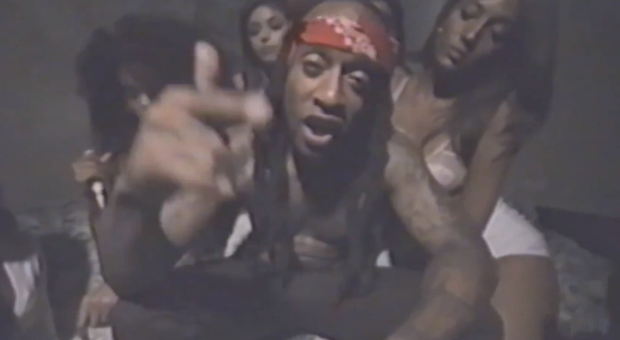 With less than a month until the debut of his highly anticipated debut Free TC, Ty Dolla $ign picks up continues to promote with another video for the summertime banger “Blasé”. In the video, the West Coast trendsetter rolls around in an old school limousine (at this point,any limousine is old-school) before hitting the stage to turn-up at a sold out show. “Blasé, blasé, blasé, all I drink is Bombay! When I’m with my n*ggas, I might drink that Henny,” Dolla $ign croons over the bouncy DJ Spinz production. While Future doesn’t appear in the video, Rae Sremmurd make an appearance with their Pinkprint tour mates Tinashe and Dej Loaf! With the release of singles as“Drop That Kitty” featuring Tinashe and Charli XCX, “Stand For” and “When I See You” featuring Fetty Wap, I’m looking forward to Ty’s debut. Over the last few months, the R&B singer has been in the studio with big names such as Rihanna, Kendrick Lamar, Wiz Khalifa, Kanye west and many others! It’s time to turn-up with the West Coast! Check out Ty Dolla $ign’s “Blasé” featuring Future and Rae Sremmurd below!