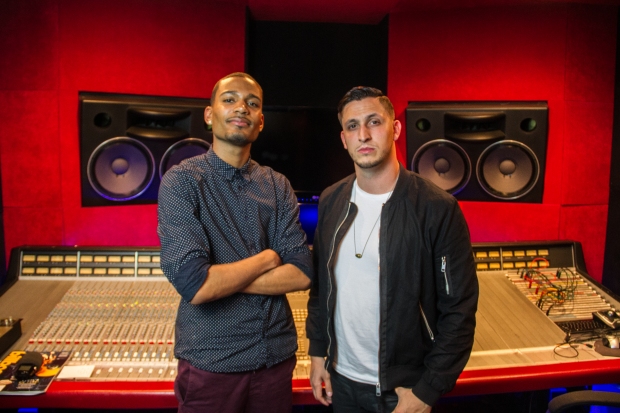 Earlier this year I had the opportunity to make it over to the city of Lost Angels, otherwise known as beautiful Los Angeles, California! During my stay, I had the privilege of meeting with Rhode Island rapper Roger Will a.k.a. Listen To Roger. Meeting in the studio of  the prestigious producing duo Da Internz, I was able to catch up with Roger and discuss what he has been up to since he moved to L.A. back in April of 2014. Reflecting on personal growth since his first project Listen To Roger, Will described his time spent on the West Coast as a “growth period”, a time to network and develop his songwriting skills. Although Roger hasn’t released a follow-up project, he has recently released new collaborations with the likes of artists such as Cru Alxndr and Ceez Luciano. In the future, Roger hopes to release a project, although less personal, more relatable for listeners through both the sounds and content of the music. During his interview we also discussed the development of the music industry here in Providence, Rhode Island, “people are putting their footprints in the sand,” he explained. Roger appreciates the recognition he has received after landing a spot on WBRU’s Top 15 Rhode Island rappers of 2015, especially since he hasn’t been here in over a year! Overall, Roger Will is a talented artist that is working hard to achieve his dreams. During our time spent, I learned a lot from this artist and I look forward to listening to his next project! Get to know Roger Will! This probably isn’t the first you’ve heard from him and definitely not the last! Check out his interview below!