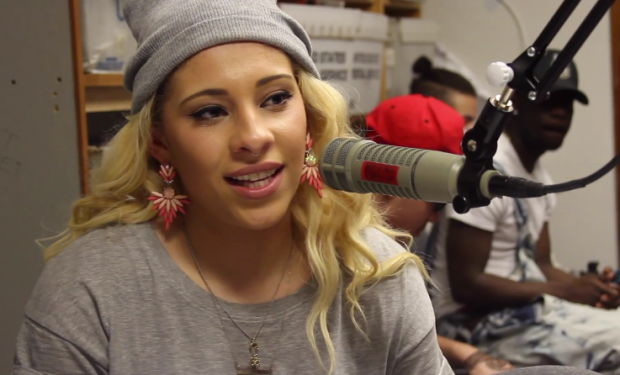 This week officially kicks off the summer season! Between the heat, music and controversy, this week has been a wonderful week in pop culture! Drake kicked off the week with “Go Out Tonight” and “On My Wave” featuring Tinashe, two tracks off of his forthcoming album View From The Six. Other new tracks included Future with the “F*ck Up Some Commas (Remix)” featuring Big Sean and Rick Ross, Jason Derulo with his island-inspired new single “Try Me” featuring Jennifer Lopez, Juicy J with “Tryna F*ck” featuring Drake and Ty Dolla $ign, Ty Dolla $ign with “L.A.” featuring Kendrick Lamar, Ciara with the dance-floor filler “Give Me Love” and the POP track of the week: The Weeknd’s “Can’t Feel My Face”. This week included great visuals from the likes of Ty Dolla $ign with his California-inspired “Only Right”, The Weeknd with the mysterious visuals to “The Hills” and Jamie Foxx with “You Changed Me” featuring Chris Brown. Amongst the music came a lot of controversy! After Madonna dissed Drake for his Coachella kiss, the OVO rapper changed the lyrics of “Madonna” to “Rihanna”, a huge shift in the pop music paradigm! Iggy Azalea is catching heat after a petition to take away her Billboard Award for Top Rap Song surfaced the web with 22,000+ signatures! Amongst the release of his sophomore album At.Long.Live.A$AP., A$AP Rocky caused controversy when he harshly dissed Roc Nation singer Rita Ora. This week I released a few #BennettKnowsRadio interviews including BuhtNakdApparel‘s Mike Alfono, Youtube personalities Shirley & Shaemarie and R&B singer Ivan Brooks! While all of these interviews were very insightful, each in their individual field of entertainment, RI model Ariel Burns #BennettKnowsRadio interview made it POP! #BennettKnowsRadio makes it’s return to WRIU for it’s fifth season on Monday, June 8th! Looking forward to another week in POP Culture!

Song Of The Week: The Weeknd – “Can’t Feel My Face”

Controversy Of The Week: Drake Changes “Madonna” Lyrics To “Rihanna”