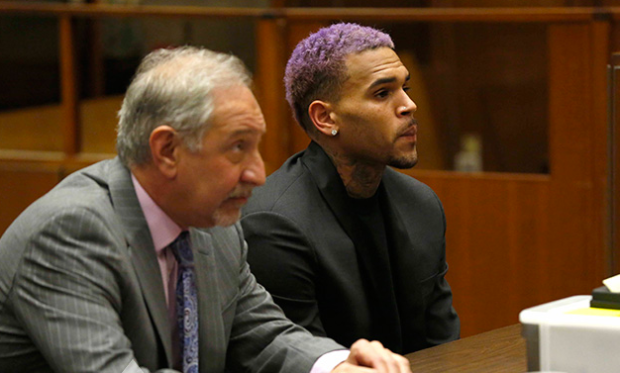 And the day we’ve been waiting for! After six years of trouble and probation over the 2009 Rihanna assault case, Chris Brown is finally off probation! On Friday, Los Angeles Superior Court Judge James Brandlin said the 26-year old pop singer completed the terms of his sentence which included community service, domestic violence counseling and rehab. Brown had been on probation after pleading guilty to attacking his ex-girlfriend Rihanna hours before the 2009 Grammy Awards. He spent two-and-a-half months in jail after he was arrested for hitting a man outside a Washington hotel in October 2013.Chris Brown just recently completed his joint tour ‘Between The Sheets’ with R&B singer Trey Songz. “IM OFF PROBATION!!!!!!!! Thank the Lord!!!!!!”, he tweeted. Although Chris Brown is done with this chapter of his life, the Fan OF A Fan 2 singer faces controversy when it comes to ex-girlfriend Karreuche who’s personal interview with Iyanla Vanzant comes out next week! We’re wishing the best for Chris Breezy as he continues to entertain!