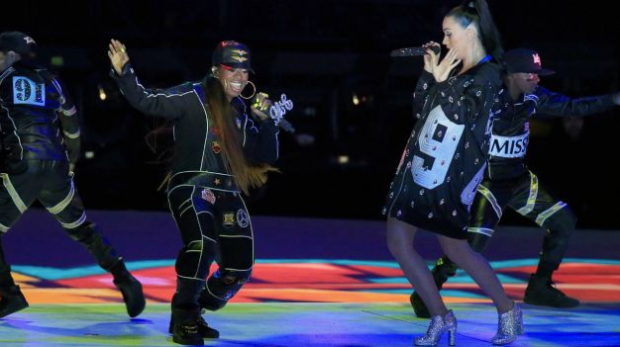 Although Katy Perry’s Super Bowl performance has caught mixed reviews, the Halftime show has been dubbed one of the most successful Super Bowl performances of all time! The 30-year old pop-star’s performance was the most viewed television event in history raking in 118.5 million viewers! What does that mean for Katy? Well, the “Dark Horse” singer currently has five albums in the iTunes Top 20! As for her special guest Missy Elliot, her singles “Work It”, “Get Ur Freak On” and “Lose Control” sky-rocketed into the iTunes Top 10 reviving Missy’s early-2000’s career! The unusually large sales boost is, no doubt, a reflection of Missy’s killer cameo but also the extent to which she has been missed since taking a break from the game due to health concerns (Timbaland‘s leading lady was diagnosed with Graves’ disease) and creative exhaustion. However, it’s rumored Miss Misdemeanor may be making a comeback very soon! Check out Katy Perry’s record-breaking Super Bowl Halftime performance below!