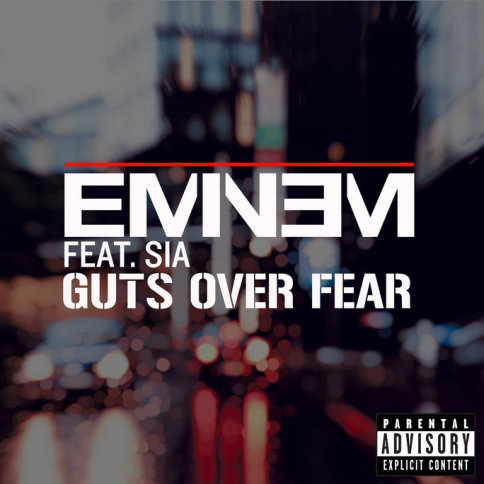 Today, Eminem releases the first single off his forthcoming album. “Guts Over Fear,” an extension of his last hit “Monster,” explores the highs and the lows of his career while Sia handles the smooth and soulful chorus. “So this is for every kid whose all they ever did was dreamt that one day just getting accepted! I represent him and her and anyone similar, you are the reason that I made this song”, he raps. Yesterday Eminem surprised fans when he announced that he would be releasing his ninth studio album Shady XV. It seems like there’s no stopping Marshall! While his last album was a flop to some of the rapper’s stans, I’m always looking forward to some new Slim Shady! Check out Eminem’s “Guts Over Fear” ft. Sia below!