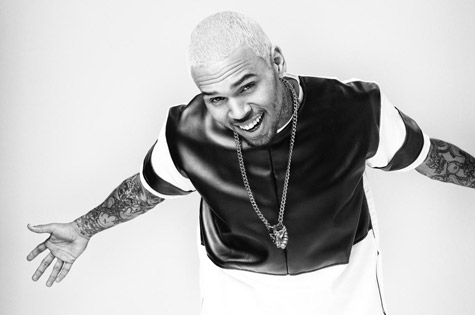 After a long and messy trial that left Chris Brown behind bars for 116 days, the “Loyal” singer is released from jail! Brown was in custody since early March after being kicked out of a Malibu rehabilitation center for disorderly conduct. Then in April, he was sentenced to stay in jail for violating his probation from the 2009 Rihanna incident with the Washington D.C. fan-assault incident. Due to overcrowding, time spent in rehab and good behavior, the judge gave Breezy credit for his 131 day sentence and he was released Monday at noon! Upon release, Brown used twitter to break his silence, “Thank U God! Back to the Music! Blessed and humble!” Brown’s girlfriend Karrueche Tran, celebrated her man’s release with a special collage comparing them to other famous couples! What’s next!? Chris Brown still has an album to release! Breezy has been promoting his highly anticipated album X since Spring 2013! We’ve already heard numerous singles that were and still are bangers! Along with a forthcoming single with Ariana Grande come collaborations with Wiz Khalifa, Rick Ross, Nicki Minaj, Drake, Rihanna, Kendrick Lamar, Brandy, Kelly Rowland, Lil Wayne and many others! There’s already rumors that the R&B singer has been invited to and will be honored at the forthcoming BET Awards! We’re hoping that Breezy stays out of trouble, one for his own-being but also so he can take over this summer with more tracks like”Love More” ft. Nicki Minaj and “Loyal” ft. Tyga & Lil Wayne! Are you ready for Breezy’s take over!?