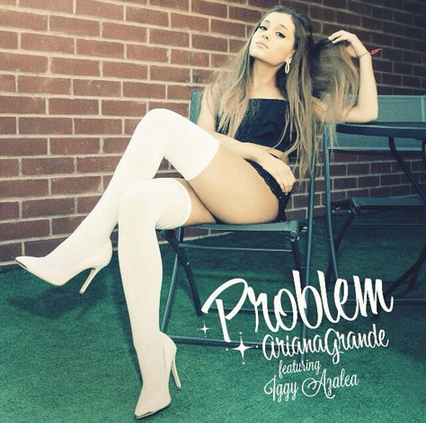 Last night Ariana Grande hit the 2014 Radio Disney Music Awards show stage to debut her new single, “Problem” ft. Iggy Azalea. “Problem” is a electro-pop fused track featuring Ariana Grande’s amazing, harmonizing voice and a verse from The New Classic rapper, Iggy Azalea. “Head in the clouds got no weight on my shoulders, I should be wiser and realize that I’ve got one less problem without ya”, she sings over the radio-friendly beat. Interestingly, Big Sean is the whisper on the chorus! Minutes after she released the track it shot to the top of the iTunes chart. Do you think Ariana has another #1 hit on her hands? The Your Truly is probably putting the final touches on the follow-up album. Check out Arian Grande’s “Problem” ft. Iggy Azalea below!