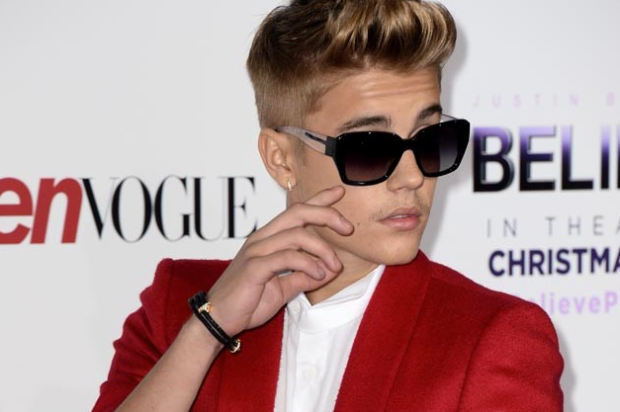 It seemed like Justin Bieber was gonna brush off his infamous “bad boy” image this year but I guess not! Today, the Biebs finds himself under media’s fire once again.  TMZ released a video of Justin Bieber getting into an interesting fight with the neighbors of his Calabasas home. In the video, shot by Justin’s neighbors, a man could be heard yelling, “I see you down there!” to which Justin replies, “Fuck you! I have another one for you actually!” The two exchange more words before the man’s daughter calls the police. While it’s unknown what triggered the pop star to fire his shots, it is known that Bieber and his neighbor have been feuding for a while now! Bieber’s neighbor reports that Justin threw no less than 20 eggs on his property. As terrible as it seems, you have admit how hysterical this is! Justin Bieber? Egging his next door neighbors!? Unfortunately, this is not a good move for Bieber who will continue to be media’s fire due to his poor decisions. The damage to the property exceeds $400, according to the victim, which could cause the charge to be upped to a felony. Based on the man’s talk in the video, I’m guessing Bieber’s neighbor is a true asshole but, c’mon Biebs! Get your act together! What do you guys think? Check out the exclusive footage video below!