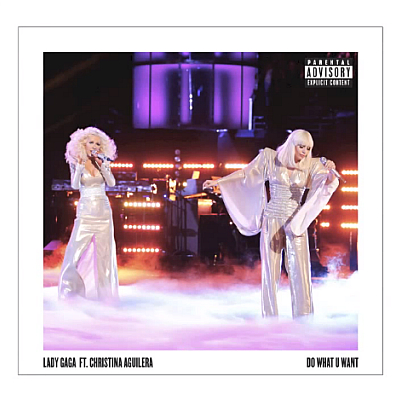 Today, Lady Gaga released another version of her recent hit, “Do What U Want”. This time around the alternative track features Christina Aguilera. The duo surprised fans when they performed the track together at the finale of ‘The Voice’. On the track, Xtina adds a verse of her own and covers the chorus along with Gaga. This isn’t the first time the track has been remixed, a couple weeks ago, the pop star released another version featuring Maybach Music rapper, Rick Ross. Interestingly, this has been Gaga’s most successful track off of ARTPOP, being inducted into the Pop Clash Hall of Fame! Congratulations Gaga! Check out Lady Gaga’s “Do What U Want (Remix)” ft Christina Aguilera below!