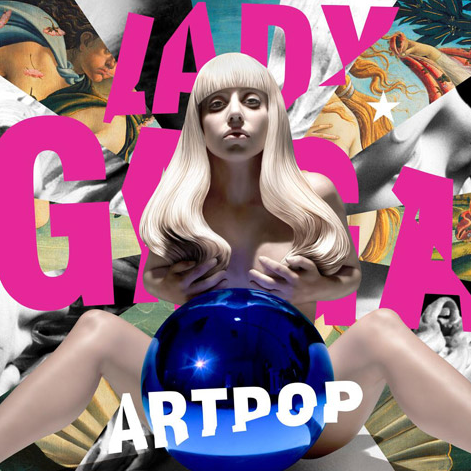 Finally! Lady Gaga’s highly anticipated Born This Way follow-up has arrived! After over a year of leaks, rumors, two broken hips and a full recovery, Lady Gaga returns with ARTPOP. For a while, the record was kept secretive until Lady Gaga released the album’s lead single, “Applause”, and from that point on the Gaga momentum begun! Lady Gaga describes ARTPOP as “a celebration and a poetic musical journey. The record is highly influenced by the iconic “Birth of Venus” painting, which can be seen amongst other images influenced by work from Pierrot and Botticelli. While the new art-influenced persona is fairly simple compared to Gaga’s past personas, I believe that it gave Gaga a chance to showcase her music more than the famous image the world’s already familiar with. The album’s tracks explore the themes of sex, marijuana, fame and empowerment; everything we love! Once again, Lady Gaga delivers unique tracks such as “Donatella”, “G.U.Y”, “Manicure”, “Venus” and “Swine”; all upbeat, pop-tracks that are sure to grow on the listener. The album’s collaborations include R. Kelly on the retro-pop “Do What U Want” and T.I., Too $hort, Twista on the rap/pop fused production, “Jewels ‘n Drugs”. My favorite tracks onthe album include the EDM love-song, “Gypsy” and of course “Applause”. While it’s not The Fame or The Fame Monster, ARTPOP is a well-produced record that successfully revisits Gaga’s pop-roots while showcasing her musical talent without all the gimmicks. ARTPOP is sure to please Gaga’s fans and critics alike!