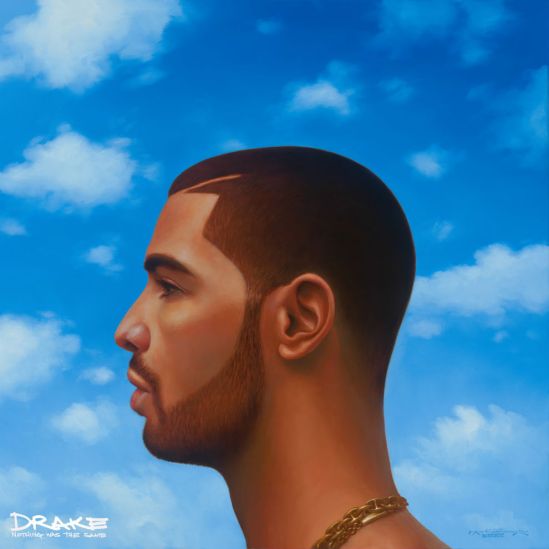 Firstly, I would like to express how glad I am that Drake’s Nothing Was The Same leaked because if I had to review it in a day, it would have been extremely hard. Nothing Was The Same is a complex album displaying Drake’s growth not only as a rapper but an artist as well. Prior to the album leaking, Drake explained that he would never drop an album that consists of just rap alone but would also showcase singing. Nothing Was The Same definitely showcases Drake’s extra talent as a singer with tracks such as “Hold On, Were Going Home” but ultimately; Drake’s rapping ability overshadows his singing. While Drake will always be a ladies man, making tracks such as “Come Thru” and “Own It”, the rapper celebrates his success and current prosperity through tracks “All Me” and “Started From The Bottom”. Although life as one of the generation’s most influential artists may seem perfect, Drake keeps it real expressing the downfalls with track “The Motion”. I really enjoyed the album’s production and I appreciate it’s sound. Drake and his production team got very creative with the album’s sound, which features constant changes through out the album’s tracks, adding new sounds throughout songs or even a few breakdowns mid-track that are pleasing to the ears. The album featured some great artist such as Jhene Aiko on “From Time” and Jay Z on “Pound Cake/Paris Morton Music 2” both tracks appropriate for the featured artist. To say the least, Nothing Was The Same is great! It captures not only Drake’s growth as an artist but also Drake’s happiness with where he is in his career and life. Drake is a true rapper that makes music that everyone can relate to and that’s what makes him so successful!

Drake – “Hold On, Were Going Home”

1 Comment on Drake “Nothing Was The Same” Album Review