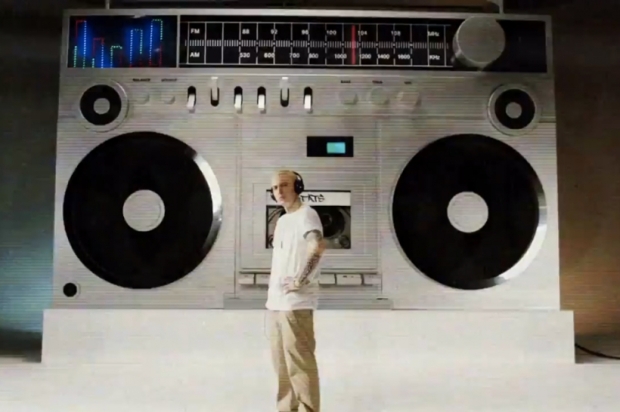 Today, Eminem released the visuals to his current single “Berzerk”. “Berzerk” is a new hip-hop/rock track that takes us back to the roots of hip-hop. There are many scenes in the video reminding me of a classic Slim Shady music video. Kendrick Lamar and producer Rick Rubin make a surprise appearance. ”It’s called Marshal Mathers LP2. It’s kind of a revisit to the first Marshall Mathers LP, that’s all I can say about it”, Eminem explains. Marshall Mathers LP brought the smash hit, “The Real Slim Shady” as well as hits “Stan” and “The Way I Are”. Eminem’s eighth album, Marshal Mathers LP2, is due for release November 5th. Check out the “Berzerk” music video below!