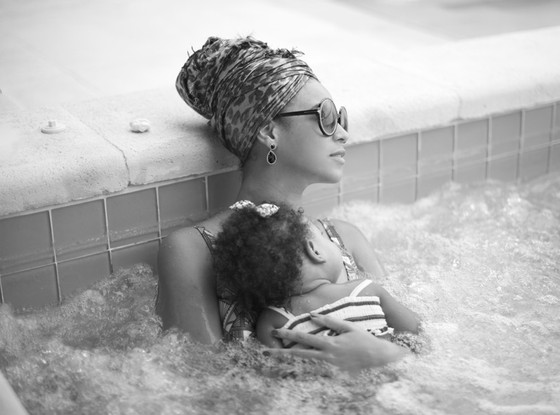 Yesterday, Beyonce posted a photo to her tumblr page of her and daughter, Blue Ivy, chillen’ in a jacuzzi. Blue Ivy is getting really big now! It has been reported that she is walking, talking and getting into things all around the house, just as babies do. There have been rumors that Beyonce is pregnant with baby #2 but Beyonce shot down the rumors multiple times! Earlier this week Bey’s rep shot down the rumors, allowing CBS to release the statement, “It’s a crazy rumor that started that they can’t seem to stop. They wanted us to know she’s not pregnant”. It looks like it’s just gonna be Bey, Jay and Blue for now! Check out Beyonce’s current single “Grown Woman” below!