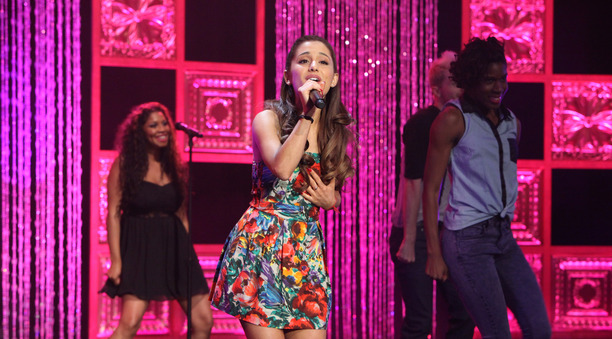 On Nickelodeon, singer/actress Ariana Grande plays one of the dumbest (yet hilarious) characters Nickelodeon has ever had but on stage Ariana Grande impresses! Yesterday, the singer along with boyfriend, Mac Miller made her debut television performance on Ellen! The performance was amazing! Little old Ariana showed off her multi-octave pipes, hitting notes that most artists can’t. Ariana Grande’s “The Way” is a smooth pop meets R&B track. The single off of Ariana’s debut album, Daydreamin’, due later this year peaked at #6 on the Billboard Hot 100. Check out the amazing performance below!