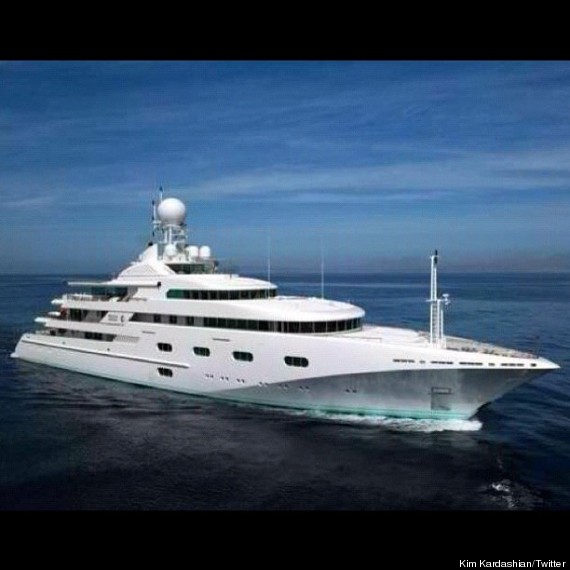 When Kim Kardashian and Kanye West first started dating we were unsure if they were actually in love or if it was a publicity stunt. 5 months later the couple are still going strong, even through Kim rocky divorce with Kris Humphries. Now Kim and Kanye are taking over media! With Kanye’s appearances on “Keeping Up With The Kardashians”, Kim’s twitter/instagram uploads and the couples daily paparazzi pictures, we can tell they’re in love. They’re actually the Hollywood couple that we love – to love. Last night Kim  tweeted/instagramed a picture a luxurious yacht followed by a picture of her and Kanye laying down together. They want everyone to know they’re living the “yacht life” and that they’re actually in love!