A few days ago Jay-Z and Kanye West sold out Paris’s Palais Omnisports de Paris-Bercy for their Watch The Throne Concert. Amongst the crowd were many celebrities such as Beyonce, Kelly Roland, Spike Lee, Gwyneth Paltrow, Hit Boy, The Dream and  Amar’e Stoudemire. This concert was special because the hit makers of the song, N-ggas in Paris were really in Paris! At this point, the two played back the song ELEVEN TIMES, the energy had to be crazy! Check out some photos of the celebs enjoying the concert below! 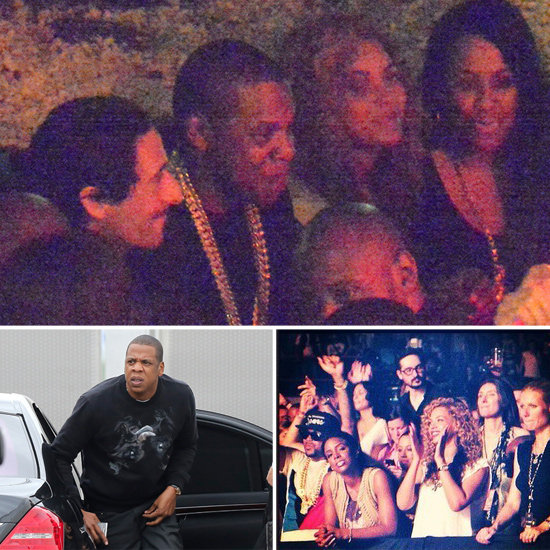